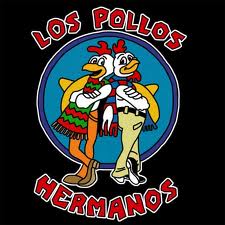 I’m on a quest to answer this question. It started when at a recent community meeting for the Catalyst Club of Redding, the question was asked, “Who do you want to sit at your table for beer week?”

I knew right away. It was the writing staff of “Breaking Bad.” That was my answer. I wanted to see what went on in those demented writing brains of theirs. How did they get a nation to fall in love with a meth-cooking nerd-ass chemistry teacher from New Mexico who recruited his ex-student to cook with him?

When it was my turn to speak, I couldn’t admit the truth. After all, what’s it say about me that I want to hang out with a bunch of writers whose goal is to create a nation of “Breaking Bad” addicts to the point they’re going to need their own 12-step program right about next Monday after the 75 minute finale?

But as a writer, I have mad respect. They’ve tapped into the balance people seek between their need to watch the sordid drug underworld juxtaposed to the very real demands daily living puts on each of us.

Take Gus for example. On the outside he’s so polite, well-mannered and OCD controlled, always presenting nicely, donating to the DEA, etc. He’s community minded. Very professional. He owns a chain of nice chicken restaurants and is not above wiping down tables and taking orders. Consummate gentleman and mentor, he won’t hesitate to change from his suit (hung neatly) into yellow plastic coveralls, slit a man’s throat without changing his facial expression, and change back into his suit and tie. His goal is to eradicate the Cartel (check) in an act of revenge and take over their business, transporting meth in chicken batter, all the while maintaining his calm, cool collective caution.

And there’s Walt. We give him a pass on his above-average meth making skills (oh–and ruthless killing of anybody and everybody who stands in his way) because after all he’s dying and he’s just doing it for the sake of his family. We feel bad because his years of pouring his knowledge out to future generations has not left his family enough security and the opportunity to make millions on his Grey Matter brainchild was yanked out from under him by his best friend and his lover. We feel sorry for Walt, so we say, “Well of course you need to make meth with only 3 months to live. We get that.”

What is it that makes us love these people? Is it the contradictions that characterize them? Is it that the writers use what former screenplay writer Blake Snyder called the Save the Cat technique in his book by the same name? (ie. Make the bad guys good by showing their compassionate side–like as they run away from killing someone, they reach down to save the cat that’s been hit by a car?)

I don’t know what it is, but this is why I’d sit at their table at beer week. I imagine they have stories to tell. Formulas that are 96% sure to work. Crystal blue strategies for success.

Still, I’m not proud that I’m feeling smug having binge watched all seasons of the show (a late comer to the series) in a synchronistic wrap with live finale episodes. I’m not proud that I’m feeling a little panicky about being in San Francisco for the Avon Breast Cancer Walk next weekend where I may not be able to get to a TV in time to catch the last episode LIVE (God forbid I have to watch the recording.) I’m not proud that my husband and I are walking around semi-dazed saying, “What are we going to do when ‘Breaking Bad’–and subsequently ‘Talking Bad’–are not on anymore after next week?” as if there’s an action item we need to have in place to fill the empty Sunday slots that will be staring us in the faces.

Back to the beer-drinking question. When the circle came to me with the beer week question, I just couldn’t come clean. I felt just a little too pervy for wanting to hang with this clan that has addicted a nation to its stories about really high-grade meth production–and that the writer in me was so impressed by that.

But deep down, I knew I was lying.

6 thoughts on “What makes “Breaking Bad” So Good?”