Friend, fellow writer, and my critique partner, Darbie Andrews, sent me this amazing Ted talk on creative genius this week. Her timing was spot on as this is something I’ve been mulling over for the past few weeks. (Tedx commercial break: I’m a big Tedx fan and will be at the Tedx in Redding on 9/7 at 2. Hope to see you there!)

Elizabeth Gilbert speaks on emotional underpinnings of the creative process. After sitting in “Jobs” last night with my husband on date night, I told him as we were leaving, “This isn’t a movie about the history of Apple Computers and technology. This is a movie about the ups and downs of the creative mind, and all the benefits and liabilities that go with that that.” We see Jobs’ eyes (well, Ashton Kutcher’s actually)  fire up when he’s in the zone, visioning what the future will look like. He walks into his designer’s room and says, “Stop whatever you’re doing and spend the rest of the day creating something you like. Something useful.” That’s a guy who appreciates the creative process.

But with that creativity comes a dark side. Jobs’ relationships suffered. All of them. And he suffered because of it.

How do we manage the creative process without matching the fate of so many respected writers, artists, and other creators who’ve come before us? Long time writer whose “freakish success” Eat, Pray, Love (as she calls it in the talk), Gilbert takes a look at Greek and Roman times as a space to return to when thinking of creative genius. That, at moments, God shines through, and others recognize Him.

Back then, it was believed that creative spirits were something that existed outside of the creator rather than inside as is the current cultural thought. She argues that this current cultural thought could be the undoing of our great creative minds as they obsess on such things as “Will I ever be able to top that last thing?” when they’ve had success or alternatively, “What if all my work is for nothing and nobody ever sees it?” before they feel successful. It all rides on the individual. At least with the old model, there is someone else to blame when things go poorly, and to share the success with when things go well so the ego doesn’t get too overblown.

If you’ve ever struggled with the emotional landscape of the creative process (and to one degree or another we all have), you’ll appreciate Gilbert’s prompt on how to strengthen our creative future both individually and collectively.

Go. Watch it now. You’ll be glad you did. 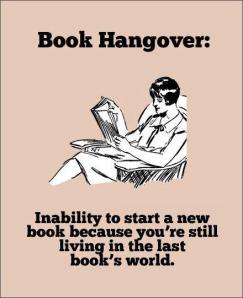 When my youngest son first started taking AR tests (don’t get me started) in early elementary school, he would cross his storylines if he had started a new book before testing on the old one. His story worlds would collide.

This happens to me when I’m writing. It’s not easy to be in one phase of a work (let’s say final, final revision hypothetically) and first draft on another. This is especially true if each work is in the same genre.

There are two reasons I can figure out for this challenge. One is that when I have worked on something forever, I know it inside and out. The sentences have been planted, watered, cared for, harvested, reseeded. With a first draft, on the other hand, the seeds are barely buried–more like just tossed in the wind. They may or may not stay. Upon second read, they’re painful, while looking deceptively brilliant until the always-humbling monthly critique session. To merge those two worlds–the polished and the raw–slaps that writing ego upside the head.

The second reason, though, is the feeling you get when someone you’re close to leaves–either town or the planet. They leave a void that sits empty for a time.

On a lesser level (hopefully), is the feeling you get at the end of that Netflix series when only two episodes of your favorite series is left and you’ve been binge watching for months. You feel the anxiety building. What will you do without Jack Bauer going rogue each night?

Hair of the dog. 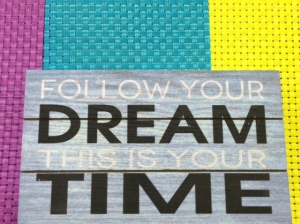 All other blog posts were wiped clean from my brain (EVERYTHING was actually–just tabula rasa me) when I got the email. A series of them, actually.

You may remember (this is NOT backstory) last week I was excited/nervous/giddy because my manuscript was all grown up and flying the nest? Destination: Editor-land.

So off it went and guess what? It landed! Immediate requests flew back. In multiples. Not one. Not two. Not three. Ready for it? Four requests within the first 8 hours. Woot! I don’t even know how to describe that feeling. I don’t even know what it means. Does that happen all the time? I’m a brand-spanking newbie at this.

And once again, I danced around the livingroom for a few minutes…

…before that voice in my head said, “Yeah, but…”

I told it I didn’t have time for it right now. I told it it’s not the boss of me. Right now, I’m just dreaming. Picturing the auction. What does that even mean? Are there number paddles involved? Will it be like the one down in Cottonwood on Fridays?

This is how it’s gotta be. Let me enjoy the dance. 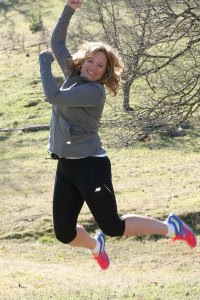 Today I found out that next week is the week. The week for what? you ask. Yeah. I suppose that’s only obvious in my brain. Let me fill you in.

For the past six years (seven? eight?) I’ve been on this journey with my passion project, First Break. I’ve written/rewritten/rewritten again probably teetering on 8 million times. It falls in the YA genre or the NA genre, depending on who you ask, what day it is, and whether or not it’s cloudy outside. It’s also one of those works in my life I feel like I came to Planet Earth to do. There have been ups and downs, and sweat and tears, and days where I felt it was better off hiding in the bottom drawer where nobody could hurt its feelings.

Back to today. And next week.

Next week, First Break will brave its way out to Editor Land for the first time ever. Oh, sure. It’s met a few editors here and there that I’ve met along the way and introduced it to. It even went to Acquisitions once. But it’s never actually gone out on submission in a big way. Gulp.

I’m excited! Like on the roller coaster when you chk-chk-chk up the first incline and your chest gets fluttery. That’s right before it drops into your stomach and you drop screaming down the other side. That’s me–three quarters up and fluttery.